WPA2 networks were introduced in September 2004 and are used by millions of Wi-Fi-enabled devices around the world.

Hackers are using a novel approach known as key reinstallation attacks (KRACKS) to manipulate Wi-Fi transmitted data. The vulnerability is contained in the Wi-Fi standard, not in any individual products or systems.

Once a hacker has infiltrated your Wi-Fi network, they can manipulate data in your possession and even inject data. Through this method a cyber criminal can:

Within WPA2 protocol there is a four-way ‘handshake’ – a mechanism whereby messages are sent back and forth to establish communications protocol. Any time a client wants to join a protected network, WPA2 executes a four-way handshake to verify that the client and access point each have the correct login credentials, e.g. the Wi-Fi device owner’s pre-selected password. A new encryption key is then generated. Hackers have figured out how to:

The leak does not expose the password of the Wi-Fi network, or any parts of the fresh encryption key issued, leading to the fourth step of confirming the exchange.

Your Wi-Fi is probably already affected

Vanhoef warns that if your device supports Wi-Fi and has WPA2 correctly implemented, it is most likely affected. “To prevent the attack, users must update affected products as soon as security updates become available.” Fortunately, current versions of iOS and Windows are far less vulnerable as Apple and Microsoft implemented methods to prevent resends of the third handshake message in their WPA2 standards.

Wi-Fi Alliance, a global network comprising hundreds of Wi-Fi companies, issued a statement affirming that major platform providers are already deploying patches – a painfully slow process considering the number of devices out there. “Users can expect all their Wi-Fi devices, whether patched or unpatched, to continue working well together.”

Wi-Fi Alliance now requires all members to pass KRACK testing through its global certification lab network and has developed a detection tool to help members pass the inspection. It is expected that new devices on the market will benefit from this added safety precaution, but older devices are almost certainly affected. 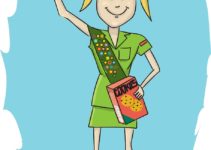 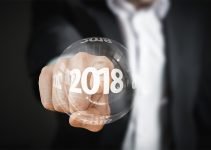