Recorded Future has discovered a series of criminal acts perpetrated against over 60 universities (in both the US and United Kingdom), city and state governments, and federal agencies.

The hacker, known as Rasputin, has developed a SQL injection tool to exploit vulnerable web applications and thus break into universities’ and federal agencies’ websites. Rather than selling any information he could have stolen, however, Rasputin’s criminal activity seems to have been about marketing and selling a method to gain unauthorized access to these organizations. Potentially, the hacker could have obtained private information about students and staff, or confidential and non-public data or projects.

Rasputin has already gained access to many top universities like Cornell University and Virginia Tech in the United States, the Universities of Oxford and Cambridge in the United Kingdom, federal agencies like the US Department of Housing and Urban Development, and many more organizations (see the full list here).

Every day, hackers figure out new ways to break into websites, exploiting vulnerabilities that companies and web app vendors don’t know about yet, leaving their systems defenseless until the vulnerability is found and patched. Regular vulnerability scans and penetration testing should be a fundamental part of any organization’s monthly and quarterly security review. These tests identify vulnerabilities, provide advice on fixing them as quickly as possible, and make sure all security controls are updated and working efficiently.

Discover how penetration testing can help you improve your cybersecurity >> 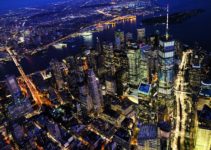