Reports emerged late on Sunday evening about a suspected cyber attack on the US State Department’s unclassified computer network, forcing them to shut the network down.

An email sent out late on Friday said that the shutdown was due to scheduled maintenance and that it would have an impact on email and access to public websites.

On Sunday, however, reports emerged that there was evidence a hacker may have breached certain areas of the system that handles non-classified email.

A senior official told the Washington Post that there had been “activity of concern” but that none of the department’s classified systems had been compromised.

If hacked, the State Department would be one of a few government agencies that have faced a cybersecurity breach in recent weeks.

A recent USPS data breach affected over 3 million people and last month the White House reported an intrusion in its unclassified computer network.

It’s not clear if there is a link between any of these incidents. 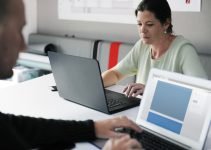