On Wednesday, February 21, the US Securities and Exchange Commission (SEC) updated its guidance on cybersecurity risk and breach notifications. Public companies are now expected to report on vulnerabilities that could potentially expose them to criminal hackers. In addition, covered entities must:

The SEC acknowledged that, since issuing its first cyber disclosure guidance in 2011, there has been a surge in data breaches, including one at the SEC itself in 2016.

Insider trading concerns stem from the Equifax 2017 data breach, during which several executives sold shares between the breach discovery and its disclosure. Despite this, an Equifax board review found no wrongdoing.

Craig A. Newman, a partner with Patterson Belknap Webb & Tyler LLP, said that the new guidelines “[make] clear that [the SEC] doesn’t want a repeat of the Equifax situation.”

Democrats are split on the SEC’s new guidance

Democratic National Committee (DNC) members on the commission supported the guidance, but with reluctance. They suggested it was a paltry step that failed to address the need for more stringent regulations, in light of high-profile hacks at major companies that exposed the personal information of millions of Americans. Democrats are demanding more rigorous rulemaking to enforce data breach disclosure. At the very least, they want public companies to ensure certain cybersecurity policies are in place.

As regulations become more stringent, requiring increased reporting on cybersecurity risk events, it is important your organization is prepared. Cybersecurity threats are increasing and becoming more sophisticated, and organizations must be able to manage information security risk and protect individuals’ privacy. 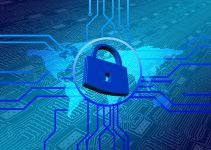