Circle Sport-Leavine Family Racing (CLSFR), a NASCAR team, recently revealed that it suffered a ransomware attack in April this year.

CSLFR crew chief Dave Winston’s computer was infected with TeslaCrypt, which was detected when his files started syncing with CLSFR’s shared Dropbox account.

Files worth an estimated $2 million were encrypted and CSLFR felt it necessary to pay the ransom, which is normally around $500 in bitcoin.

CLSFR said: “We made the decision that we would pay it (the ransom) and hope that we would get it (the data) back […] We had to learn about bitcoins and all sorts of ways to make the payments because they wanted it anonymous of course.”

The files were recovered the following morning.

After the incident, CLSFR was advised to get in touch with Malwarebytes regarding anti-malware products. That relationship developed into a sponsorship and a Malwarebytes logo will now appear on the hood of a CLSFR car.

Ransomware can find its way onto a computer in many different ways, but one of the most common is through phishing campaigns.

Phishing scams are becoming more and more sophisticated, so it’s vital that you and your staff are able to spot them.

This test will simulate a phishing campaign for a targeted sample of your employees, enabling you to assess your employees’ awareness of phishing attacks and take remedial action in order to address any security gaps. 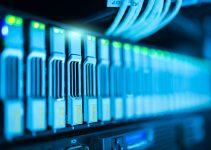