Mandiant, a cybersecurity organization hired by Equifax to investigate the data breach incident disclosed on September 7, completed a forensic investigation with some key findings. It concluded that information for 2.5 million additional customers in the US was potentially breached, increasing the total number of those affected to 145.5 million.

Mandiant found no evidence that hackers broke into any database outside of the country. However, Mandiant has completed a forensic investigation in the UK and is conducting analysis within the UK’s borders.

Mandiant had estimated that as many as 100,000 Canadian citizens were affected, but upon completion of the audit, reduced that figure to about 8,000. Included in this count is a percentage of Canadian credit cards that were affected.

On Tuesday, October 3, former Equifax CEO Richard Smith testified in a Congressional hearing and revealed some troubling and suspicious information.

Smith admitted that he did not hear about the breach until July 31, even though Equifax detected it on July 29. On August 2 he asked law firm King & Spalding to investigate, but did not request a briefing until August 15, nearly two weeks later. The remaining timeline leading up to his notifying Equifax’s board of the breach on August 22 sounds like a leisurely stroll through the park considering the amount of personal data at stake.

John Kelly, Equifax’s chief legal officer is also under scrutiny since he approved nearly $2 million in stock sales by three executives on August 1 and 2, just days after the breach was detected.

Other findings from Smith’s Congressional testimony include:

On September 29 – the final day of the fiscal year – the Internal Revenue Service (IRS) awarded Equifax a $7.25 million no-bid fraud prevention contract. According to the FedBizOpps.gov website, “This action was to establish an order for third party data services from Equifax to verify taxpayer identity and to assist in ongoing identity verification and validations needs of the Service.” The contract is a sole source order, which means that Equifax is deemed the only company that can fulfill the order.

Not bad for an organization with a highly questionable approach to cybersecurity that exposed the personal data of 145.5 million consumers.

Equifax’s role as a responsible credit reporting agency is under scrutiny because of questionable information security management system (ISMS) practices. Any organization that does not maintain a proper ISMS makes themselves more susceptible to a data breach. The repercussions can be lasting and many, including monetary damages, reputational harm, and a loss of trust in the brand.

Don’t put yourself in the same position as Equifax. ISO 27001 provides the regulatory framework for a suitable ISMS. Achieving ISO 27001 accreditation demonstrates to clients and the public that your organization applies the requirements that characterise an all-encompassing ISMS. 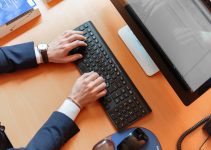