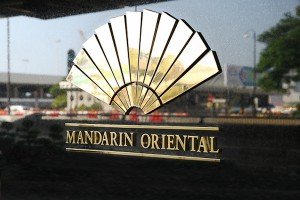 Update: 03/06/2015 – Mandarin Oriental Hotel Group has now now confirmed that a number of its hotels have suffered a credit card data breach.

After financial industry sources spotted a pattern of fraudulent charges on customer cards that had all been recently used at Mandarin hotels, the hotel group has confirmed it is now investigating a credit card breach.

According to Brian Krebs, banking sources are saying that the breach dates back to just before Christmas 2014 and has certainly impacted most, if not all, Mandarin hotels in the US.

“We can confirm that Mandarin Oriental has been alerted to a potential credit card breach and is currently conducting a thorough investigation to identify and resolve the issue,” the company said in an emailed statement.

With hotels in 27 locations, the ‘luxury hotels and resorts’ group boasts celebrity fans including Morgan Freeman, Lucy Liu, Kevin Spacey, and Christian Louboutin. The average cost of a basic room in the Mandarin Oriental New York is $850 per night, so we can only guess that these stolen cards will be worth quite a bit on the black market.

Stay up to date with the latest cyber security news by signing up to our Daily Sentinel.