It’s a sad week for the security industry. When a 15-year-old brings a leading telecoms provider down to its knees, you know that there needs to be significant improvements in how organizations approach cyber security.

Here are this month’s data breaches and cyber attacks, but let’s start on a positive note:

Fighting back against cyber crime

Arrest of Chinese Hackers Not a First for U.S

CIA boss has his personal email account hacked… and yes, it’s on AOL

Breach at the American Bankers Association exposes 6,400 emails and passwords

Payment card breach at The Commons Hotel in Minnesota

Dow Jones reveals it was hacked, says up to 3,500 accounts were exposed

Vodafone warns some customer accounts were breached, potential for fraud and phishing attacks

Adobe Flash is putting your computer at risk 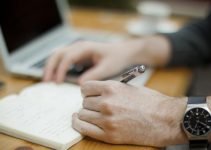