The loss of credit card and other personal information isn’t the only outcome of a cyber attack; hackers can damage infrastructure as well as people’s lives.  Read on for a list of some of the worst and, in some cases, saddest outcomes of cyber crime.

According to a German federal agency report, Die Lage der IT-Sicherheit in Deutschland 2014 (Situation Report on IT Security in Germany 2014), cyber criminals gained access to an iron plant and caused “massive damage to the whole system”.

The attackers were able to access the plant’s office network through a targeted malicious email, which allowed them to take over the production network. The breach caused an incident in which a furnace could not be shut down properly, which resulted in massive damage to the whole system.

It is rare for a cyber attack to cause actual physical damage.

In 2008, a cyber attack on several unnamed cities caused a blackout. The CIA released a report, stating: “We have information that cyberattacks have been used to disrupt power equipment in several regions outside the U.S…. In at least one case, the disruption caused a power outage affecting multiple cities.”

The cyber attacks were followed by extortion demands, which the CIA believe were issued by criminals with inside knowledge.

Attacks on critical infrastructure is a large concern for governments around the world. Just this month, Washington DC suffered a power outage that affected government and privately-owned buildings, and disrupted the city’s public transit rail system.

In the infamous Sony cyber attack of November 2014, employees – and indeed the rest of the world – were startled by the release of sensitive and delicate information. Hackers were able to infiltrate Sony’s corporate computer network and steal personal information relating to staff and actors, including emails, personal information about families, and details of salaries.

Although Sony is now fighting several million-dollar lawsuits from ex-employees, compromised information is still making its rounds on the Internet.

WikiLeaks has just released a portal that enables you to search through leaked documents and emails. This has helped uncover even more information that Sony really didn’t want released. (Just search for the phrase “cheated on”.)

Code hosting and software collaboration platform Code Spaces went out of business last year after a hacker deleted the company’s data and backups.

The cyber attack began with a DDoS attack and an intrusion into Code Spaces’ Amazon EC2 control panel. Extortion demands soon followed. Code Spaces investigated and decided that changing its EC2 passwords would be enough.

“We finally managed to get our panel access back, but not before he had removed all EBS snapshots, S3 buckets, all AMIs, some EBS instances and several machine instances,” Code Spaces said. “In summary, most of our data, backups, machine configurations and offsite backups were either partially or completely deleted.”

Hundreds of projects were lost in the attack, forcing many developers to abandon them altogether.

All of this happened within 12 hours.

In an incredibly sad case, a Romanian man committed suicide after ransomware fooled him into believing that he faced huge fines and jail for watching online pornography.

Bitdefender has been providing a free removal tool for Trojan.Ransom.IcePol since November 2012. 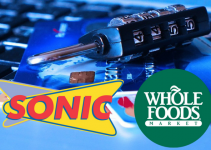