The US Department of Justice has lodged an official complaint accusing former agents Carl M Force IV and Shaun W Bridges of stealing over a million dollars’ worth of the bitcoin cryptocurrency during the investigation in to the dark web marketplace Silk Road in 2012 and 2013.

Who will guard the guards themselves?

According to the complaint, Force and Bridges “abused their positions as federal agents and engaged in a scheme to defraud a variety of third-parties, the public, and the government, all for their own financial enrichment.”

Bridges is accused of stealing over $800,000 worth of bitcoin from Silk Road sellers, converting the currency to dollars via Tokyo-based bitcoin exchange Mt Gox.

After its demise, Silk Road was replaced by clone site Silk Road 2.0, which the FBI seized last November in a much-trumpeted operation to curb the online trade in illicit goods and services.

Earlier this month another dark web marketplace, Evolution, was pulled – this time apparently by its admins – much to the consternation of its users, who lost an estimated $12 million worth of bitcoin in the process. 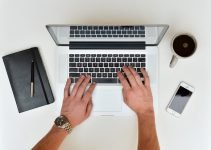