You know the feeling… one of your competitors suffered a data breach last year, the department store where you used to shop has been compromised, your best friend worked for Sony… the circle is closing in and it can only be a matter of time before you’re next.

The fear of suffering a data breach shouldn’t be new to any information security professional, but while some face up to reality and put measures in place to mitigate the risk, others are too quick to sweep their fear under the carpet and say, “It can’t possibly happen to us; we’re invincible!”

If you think you’re invincible then it may be time to hire a hacker.

Of course, we’re not talking about a black hat hacker – although they could share some useful insights into the minds of cyber criminals – we mean an ethical hacker.

Ethical hackers are computer and networking experts who systematically attempt to penetrate systems to find security vulnerabilities before an actual hacker does. Rather than taking advantage of the vulnerabilities found, they document them and provide actionable advice on how to fix them so that you can stay one step ahead of their unethical counterparts.

One of the first examples of ethical hacking occurred in the 1970s, when the United States government used groups of experts called ‘red teams’ to hack its own computer systems.

Unfortunately for businesses, the ethical hacker industry is very lucrative, with basic salaries starting at $70,000.

If, like many businesses out there, you can’t justify the cost of employing a full-time hacker (whether ethical or not), outsourcing penetration testing is a viable option.

A penetration test or ‘pen test’ is the easiest, most effective, way to demonstrate that exploitable vulnerabilities in your Internet-facing resources are adequately patched, and that you have appropriate technical security controls in place to help protect against cyber intrusions.

The number one rule for outsourcing penetration testing is to make sure the company you choose is approved by an independent body such as CREST, a not-for-profit organization that regulates the industry.

Penetration testing by CREST member companies offers peace of mind and reassurance that the company you’ve chosen has met the rigorous standards set out by CREST and employs qualified and knowledgeable penetration testers.

Regular penetration testing – we recommend once a quarter – will not only help you find weaknesses within your systems before anyone else does, but it also helps you meet the security requirements of critical standards such as the PCI DSS and ISO 27001, and  relevant privacy legislation/regulations such as HIPAA.

Want to get ahead? Get a hacker

Needless to say, IT Governance is a CREST member company, offering professional pen testing by our team of in-house qualified ethical hackers.

Find out more information about how penetration tests work here >> 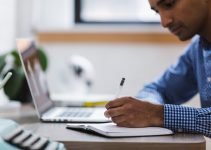