In the early hours of September 18, a criminal hacker posted an hour’s worth of footage from Grand Theft Auto VI to an online forum in what has been described as the biggest security breach in video game history.

In an industry rife with leaks, with hackers engaging in relatively harmless attempts to glean details about upcoming games, this incident stands alone for its scale and subsequent revelations.

It began with a post on a GTA forum, where an individual going by the name of ‘teapotuberhacker’ published a series of videos and images from an in-development version of the previously unannounced game.

The content quickly spread online, with news reports, YouTube videos and Twitter posts debating the veracity of the footage. Some believed it was a modded version of a previous GTA, while others insisted it was real.

When Rockstar Games and its parent company Take-Two began removing the content from YouTube, it signaled that the leaks were genuine.

Take-Two later confirmed that was the case, while the game’s developers were reportedly “devastated” by the leak.

Things aren’t looking much better for teapotuberhacker. After they misguidedly attempted to blackmail Rockstar Games, the gaming community rallied against them, while the FBI said it is trying to track the criminal down.

The irony of the situation is that, until this week, the video game community had been baying for news about Grand Theft Auto VI.

The Internet has been littered with supposed leaks for years, and although it was widely assumed that a sequel to the second most popular video game of all time was underway, Rockstar Games has remained uncharacteristically quiet.

It’s been almost ten years since GTA V, an era marked with growing frustration over Rockstar’s focus on updating, remastering and rereleasing previous games while giving its fans nothing new.

The existence of a sequel was only confirmed in July this year after a report emerged on Bloomberg noting that the company had “cleaned up its frat-boy culture” and that the latest game would feature, for the first time, a female lead.

Less than two months later, following rumors that GTA VI would go “woke”, fans finally got a glimpse of the decade-in-the-making game and its familiar crass language and violence.

Ordinarily, this would be news to celebrate, but the events leading to this revelation have created a messy situation in which everyone loses.

Why is this such a big deal?

Cyber attacks and data breaches are no longer as scandalous as they were once considered. Every day, it seems, a household name announces that it’s responding to a security incident, and we have come to take it in our stride.

In an increasingly digital world, there are simply too many technical flaws to protect, while the allure of cyber crime is too great for some people to resist.

On the face of it, there was nothing spectacular about the Grand Theft Auto attack. It was yet another big company being breached, with the criminal behind the incident using techniques that were neither particularly sophisticated nor unusual; they broke in by compromising Rockstar’s internal feed on the Slack messaging app.

The cause of the virulent response is because of the nature of the stolen data. We often discuss the dangers of confidential information such as names and contact details being exposed. In those instances, the damage relates to the knock-on effect that the breach will have on customers, and the scale of the incident is measured by the sum of its parts.

Each individual piece of data poses a small risk, but taken in total, thousands, if not millions, of people will be affected.

In this case, the attacker stole intellectual property that was at the core of Rockstar’s practices. Reports show that the hacker stole source code, assets and testing builds from both GTA V and GTA VI.

The leaked information also contained plot details, game mechanics, playable characters and other information that a video game developer would want to keep under wraps until the game was officially announced.

“We are extremely disappointed to have the details of our next game shared with you all in this way,” Rockstar Games said in an official statement on Monday.

“Our work on the next Grand Theft Auto game will continue as planned and we remain as committed as ever to delivering an experience for you, our players, that truly exceeds your expectations. We will update everyone again soon, and, of course, will properly introduce you to this game when it is ready.”

Beyond Rockstar Games’ disappointment that it wasn’t able to announce GTA VI on its own terms, the breach of source code could have a major operational impact.

Source code forms the building blocks behind software. In this case, it contains the instructions that make a game function. The unauthorized disclosure of the information means that rival game developers could in theory steal the underlying framework of the game – information that’s worth hundreds of millions of dollars.

Perhaps the most perplexing part of this whole saga is what the criminal hacker hoped to achieve. Cyber attacks are generally conducted to make a profit, and at first glance that appears to be the case here.

After initially publishing the stolen information online, teapotuberhacker updated their post to include the following message:

Ok, so this has gone unexpectedly viral, woke up to 3000 Telegram DM’s. If you are an employee of Rockstar or Take 2 and you’re trying to contact me, send me a message […] on Telegram or you can email me […] ** from your corporate email address ** I will try to read all these replies soon – I am looking to negotiate a deal.

Criminal hackers are increasingly turning to cyber extortion, but it’s unclear what exactly the attacker could ask for in this instance, given that they appeared to have no leverage, having already leaked vast amounts of data online.

It’s possible that the individual had more data that they were withholding as part of a blackmail attempt. But by that point the cat was already out of the bag. Take-Two’s clean-up operation was already well underway and had successfully removed much of the stolen content from the Internet.

Moreover, there is no guarantee that the cyber criminal will keep their word and remain quiet once they have been paid.

Rockstar’s response indicates that it has no interest in negotiating with the attacker, while the public appetite for Grand Theft Auto news has, for now, been satiated. Even if there is further information that could be leaked, the already leaked data has rendered it all-but-worthless. 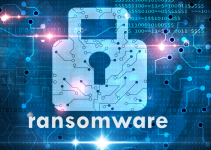