It’s only February and we’ve already had a large-scale data breach. Anthem Inc., one of the nation’s largest health insurers, announced Wednesday that it has suffered a data breach.

The insurer hasn’t revealed how many consumer records have been compromised, but it did mention that all of the organization’s business units were affected.

Figures are expected to be high, as their website states: “With nearly 69 million people served by its affiliated companies including more than 37 million enrolled in its family of health plans, Anthem is one of the nation’s leading health benefits companies.”

“We are working around the clock to determine how many people have been impacted and will notify all Anthem members who are impacted through a written communication,” Anthem claims.

The statement continued, providing information of which plans were affected:

Customers who have been affected will receive a notice via mail. 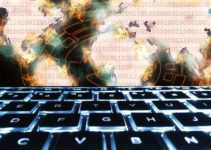