Evolution (Evo), a popular dark web trading site for illegal and illicit products, including drugs, stolen personal information, and cyber crime services, appears to have disappeared, taking its users’ bitcoins with it. According to Brian Krebs, some Evo merchants estimate total losses to amount to about USD$12 million. According to Mr Krebs, “Evolution Market quickly emerged as the go-to online bazaar for buyers and sellers of illicit goods following the shutdown of the infamous Silk Road marketplaces”, as we reported last year. Reachable only via the Tor network, Evolution Market operated using an escrow system, “allowing buyers and sellers to more confidently and successfully consummate sales of dodgy goods.” The downside for Evo’s merchants, however, was that “the market’s administrators at any given time [had] direct access to a tempting amount of virtually untraceable currency”.

Over the past week, administrators – known as Verto and Kimble – were slow to fulfil withdrawal requests; now it seems they were preparing to do a bunk with the money in an “exit scam”. Users are understandably angry, and have taken to sites like Reddit to vent their frustration – after all, if criminals are scamming criminals then where will it all end? What happened to honor among thieves?

One of the notable elements of illegal dark net services is their resemblance to legitimate ones. Dell SecureWorks’ December 2014 report on Underground Hacker Markets noted that the underground economy was booming and that many cyber criminals operated with all the slickness of legitimate companies, offering 100% guarantees and professing “excellent customer service”, as I blogged in December.

Evolution Market’s sudden disappearance shows that legitimate organizations are not the only ones to suffer as a result of third parties. 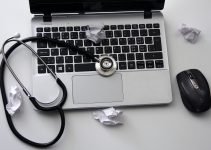