At 11:42 pm last Friday, every single one of Dallas’s 156 tornado alarms started blaring into the night, sending the city into panic and terror. The noise – and confusion – continued for an hour and a half, before city officials decided the only way to stop the sirens was to “unplug the radio systems and the repeater.”

The problem was initially called a malfunction, but at a press conference the following day, city spokeswoman Sana Syed confirmed that it was the result of a hack.

Officials don’t know who was responsible for the hack, but they believe that it was instigated by someone who gained physical access to the hub that connects the sirens.

The sirens’ purpose is to sound an alarm in the event of a tornado or dangerous storm so that anyone caught outdoors can make their way to safety. Just two days earlier, thunderstorms moved through Dallas–Fort Worth, destroying property and killing two children.

When the sirens sounded this time, in clear weather in the middle of the night, the city’s residents suspected something was amiss.

“We had people asking if we were being attacked because of what’s going on overseas,” Syed said.

The city’s 911 system, which has been strained by recent technical difficulties and short staffing, was flooded with calls. Between midnight and 12:15 am, around 800 incoming calls caused wait times to jump to six minutes – far above the city’s goal to answer 90% of calls within 10 seconds.

The tornado systems were reactivated on Monday, and the city has asked the Federal Communications Commission to track down the culprit.

Mayor Mike Rawlings used this incident to urge the city to finally update its chronically and sometimes dangerously wonky electronic infrastructure. In November, the City Council approved a $567,368 budget to maintain and repair all of the city’s emergency sirens over the next six years.

Council member Philip Kingston, a member of the Public Safety Committee, said Saturday morning that officials will move the compromised emergency system to the top of their agenda. 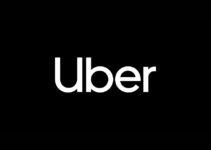