The Canadian Security Intelligence Service (CSIS)’s website was temporarily taken down Monday by what appeared to be a denial-of-service (DoS) attack. Ministry of Public Safety and Emergency Preparedness spokesman Jean-Christophe de Le Rue said that “No information has been breached” and that the CSIS took cybersecurity “very seriously”.

A report on CTV News claimed that the culprit – who uses the Twitter handle @TWITRis4tards – was “previously responsible for cyberattacks on several municipal and police websites” on behalf of Anonymous and was “trying to draw attention to the controversial Bill C-51, as well as the case of an Ottawa teen who was charged in an alleged ‘swatting’ incident. The hacker believes the teen was framed”.

Several government websites, including servicecanada.gc.ca and parl.gc.ca were attacked less than a fortnight ago. This time, the hacker was apparently working alone:

I feel like being nice, so for the guys at CSIS trying to prevent my attack, it’s Rudy(L7), SSDP, SUDP, NTP attack.

I’m deciding if I should let CSIS back online and hit another government website, or if I should keep it offline for a while.

I’ve decided it will remain offline for at least another hour.

For all the latest information security news and updates, subscribe to IT Governance’s Daily Sentinel. 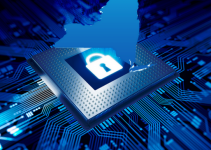