One of the largest video sharing platforms, Dailymotion, has been hacked.

LeakedSource, a breach notification service, announced on Monday that it had obtained 85.2 million records of Dailymotion user details from an anonymous hacker.

ZDNet verified a sample of the data by using a readily available online tool to match plaintext passwords with the hashed password found against the email address.

LeakedSource believes the data was compromised on October 20. Only 18 million records had visible passwords and these were encrypted with the bcrypt hash, which makes passwords more difficult to crack.

Dailymotion has not yet commented on the incident. If they decide to, we will provide an update on this blog.

This week, I’m compiling the list of data breaches and cyber attacks in 2016, and the total number of leaked records is staggering.

Although I’m refraining from giving out the final number until next week, what I can say is that these 85 million records make up less than 10% of the year’s total. 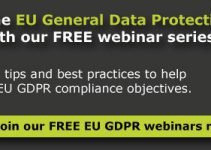